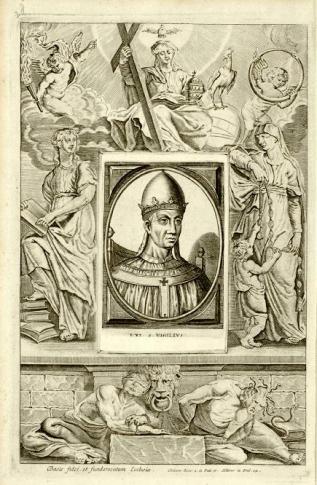 In an exclusive interview with Lifesitenews , Bishop +Athanasius Schneider elaborated on his essay which is one of the most exhaustive pieces written to the question of a heretical Pope in our modern day. I will be honing in one particular comment made in this interview, which was teased out more fully in the essay, and then comment on it with the historical record in view. END_OF_DOCUMENT_TOKEN_TO_BE_REPLACED 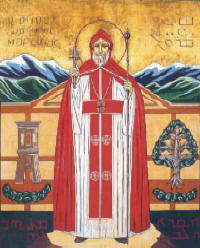 “Let the Patriarch diligently search into everything which the Metropolitans or the Bishops, who are under his authority, are doing in the place of their jurisdiction; and, finding any inconvenient thing, let him alter it, and order in its stead what he thinks better. For he is the Father of them all, and they are his children. It is but right that the Bishops should respect the superiority of the Metropolitan as that of an Elder brother, and have recourse to the loftiness of his dignity, and his good administration; the Patriarch being in the place of a father who has sway over his household” (De Sacerdotio, ch. 33. Cod. Vatic. (Syriac), 101, p. 57 taken from The Tradition of the Syriac Church of Antioch: Concerning the primacy and prerogatives of St. Peter and of his successors the Roman Pontiffs, Cyril Benham Benni, pg. 107)

“And as a Patriarch has authority over his subjects, the Roman (Pontiff) has authority over all Patriarchs, in the same manner as Peter had it over all chiefs of Christianity, and over all Churches; for he is the successor of Christ, placed over His Church, over His flock, over all peoples. If any one refuses to observe these (statutes), let him be anathema” – ( ibid page 96) 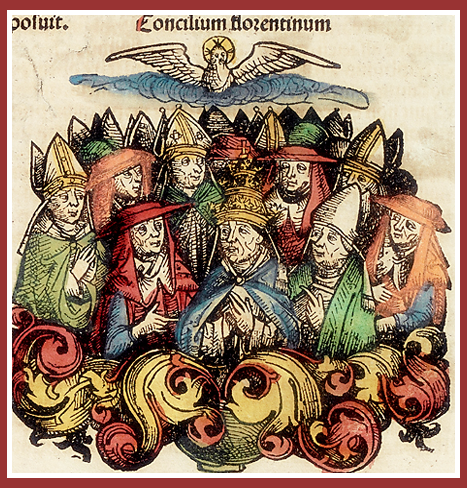 Dr. Douglas Farrow, Professor of Theology and Christian Thought at McGill University, threw down the gauntlet in a recent article for Catholic World Report with a sharp critique of the current regime run by Pope Francis. Though it is clear he put much thought into the content, I have to say that the article is ultimately a bust. The beginning portion decries the growing rise of “Papalotry” that begin to show itself, according to Farrow, with even the famous Dictatus Papae which came out during the Pontificate of Pope St. Gregory VII (1073-1085). I could find you similar claims being made by at least Pope St. Nicholas I (858-867) in his interaction with King Lothair II and his overturning of Episcopal synods in Constantinople in favor of St. Ignatious as rightful occupant of the Patriarchal chair. But I digress. In any case, the current situation in Rome is that the Papacy is beginning to be exalted above its rightful place and appropriate function (see Cardinal Ouellet’s letter to Archbishop Vigano, for one example). Thereafter, in the second half of the article, Farrow decries the beefing up of Episcopal Synods as carrying the ability to exercise magisterial authority, since this will allow the ability of fragmented Synods and particular churches going their own way. With Francis’s desire to decentralize the Papacy, this reduces him to a quasi-neutral referee, and may, in the end, this plan for decentralization is just another form of returning to Gallicanism.

END_OF_DOCUMENT_TOKEN_TO_BE_REPLACED 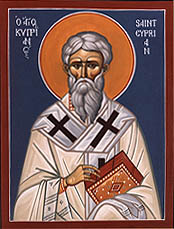 An award winning and Cambridge-reared scholar in Patristics and Early Christianity, Dr. Allen Brent M.A., D.D., who is former Professor in Early Christian History and Iconography at the University of London, King’s College, and who is currently Professor at the Patristics Institute of the Lateran University (Augustinianum) , has made his way into the Catholic Church. He was simultaneously ordained to the Catholic priesthood at Norwhich Cathedral as part of the Anglican Ordinariate.
END_OF_DOCUMENT_TOKEN_TO_BE_REPLACED 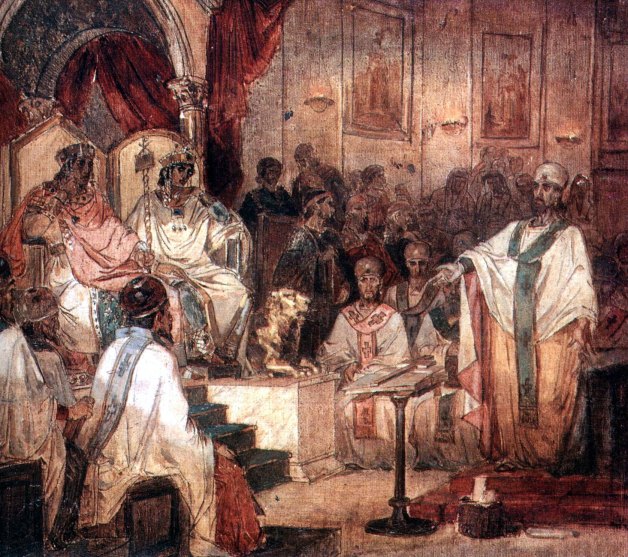 No student of Church history underestimates the important place of the Council of Chalcedon 451, held in modern day Kadıköy (district of Istanbul). This Council established the 2-in-1 [2 natures in 1 Person] doctrine of Christ as opposed to the followers of Eutyches and Dioscorus who wanted to say Christ had 1 single nature [Mono-physite]. Following the Council, there was relative peace between Rome and Constantinople due to Patriarch Anatolius’ obedience to Pope St. Leo I’s annulment of the 28th canon, but soon enough things were destined to change because the Monophysites had been, with relatively strong arguments, pressing for a new Council to overturn Chalcedon. In an attempt to conciliate the Monophysites and the Chalcedonians, Emperor Zeno issued his “henoticon”, a document of Christology sought to pave the way for union. The henoticon would be accepted by Acacius, Patriarch of Constantinople, Peter Mongus, Patriarch of Alexandria, and Peter the Fuller, Patriarch of Alexandria. This brought about what is known as the Acacian Schism, and lasted from 484 to 519, a total of 35 years. When Pope St. Gelasius entered Papal office in 492, this schism had been operating for already 8 years. Not only was the “reform” on Chalcedon in Zeno’s henoticon an issue of dispute between Rome and the East, but also the assumption that Constantinople should occupy 2nd place in Christendom, which is what Canons 3/28 of Constantinople 381 and Chalcedon had attempted to pass as an ecumenical canon. Acacius must have not taken seriously the words of his predecessor Anatolius who wrote the following to Pope Leo I on this – “the whole force of confirmation of the acts was reserved for the authority of Your Blessedness.” (Patrologia Latina 54.1082B). Concerning the same canons, Pope St. Leo claimed that “by the blessed Apostle Peter’s authority we absolutely dis-annul in comprehensive terms” (Ep. 105). No doubt, therefore, Chalcedon is completed by the recognition of Petrine supremacy over the field of an Ecumenical Council. Acacius, however, was of a different mind on this. Though St. Gelasius, as well as his successors  Anastasius II and St. Symmachus, attempted to bring the East back into the fold of Christ, it was not until Pope St. Hormisdas that re-union was established through his Formula of Reunion which required a recognition of much of what St. Gelasius had already been writing on.  Below, I will be posting material found in the letters of Pope St. Gelasius,  drawing from three sources: (1) his letter to the Bishops of Dardania (495), (2) his instructions to a Papal legate Magister Faustus, and (3) his letter to the Emperor Anastasius.
END_OF_DOCUMENT_TOKEN_TO_BE_REPLACED 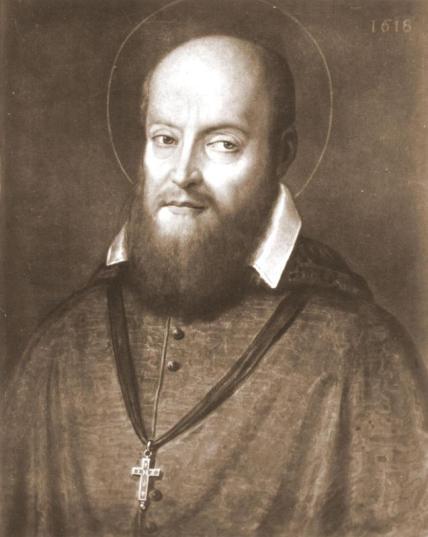 “Under the ancient law, the High Priest [of Israel] did not wear the Rational except when he was vested in the pontifical robes and was entering before the Lord. Thus we do not say that the Pope cannot err in his private opinions, as did John XXII; or be altogether a heretic as perhaps Honorius was. Now when he is explicitly a heretic, he falls ipso facto from his dignity and out of the Church, and the Church must either deprive him or, as some say, declare him deprived, of his Apostolic See, and must say as St. Peter did: let another take his bishopric [as was said of Judas Iscariot, Apostle of Jesus Christ]. When he errs in his private opinions he must be instructed, advised, convinced; as happened with John XXII, who was so far from dying obstinate or from determining anything during his life concerning his opinion, that he died whilst he was making the examination which is necessary for determining in a matter of faith, as his successors delcared in the Extravagantes which begins Benedictus Deus. But when he is clothed with the pontifical garments, I mean when he teaches the whole Church as Shepherd, in general matters of faith and morals, then there is nothing but doctrine and truth.
END_OF_DOCUMENT_TOKEN_TO_BE_REPLACED

These are some responses to a questioner who had made the claim that the Roman church invented the idea of a universal jurisdiction , and which caused the schism between the Latins and the Greeks in 1054 AD and following.
END_OF_DOCUMENT_TOKEN_TO_BE_REPLACED