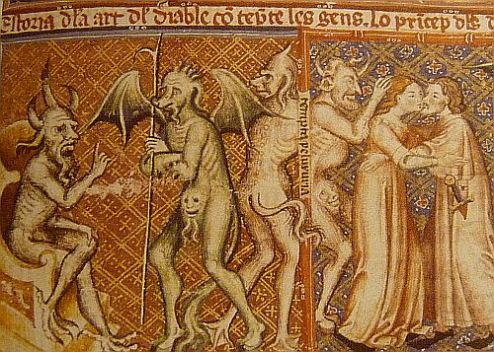 I’ve had the chance to look at some of the articles going up on the web, and I have to say that we are seeing far more critical publications by Catholics of the Church than before, which led me to ponder the below.

If we are going around telling people “the gates of hell shall not prevail against the Church”, we should have an idea of what it looks like for the gates of hell “to prevail” in order for the former to have any semblance of reliable definition.

Secondly, if, while we insist that “the gates of hell shall not prevail against the Church”, we are at the same time practically allowing maximum capacity in the Church for error and false teaching with this our that explanation, then what does that entail other than a complete reduction to meaninglessness of our first insistence?

One time, in speaking with an ex Eastern Orthodox, now Protestant, he said, “What it means for the gates of hell to prevail is for the Church, whatever that is, to go out of existence completely” (words to that effect). Well, with that conditional, we have more than a wax nose to suit failing or successful circumstances. In fact, pretty much any failing circumstances short of complete obliteration maintains the promise! Any con man would love that criteria! Would work wonders! And if our apologetics has stooped to that level of cheat, then it is worth absolutely nothing.

Just some structure to keep in mind folks.