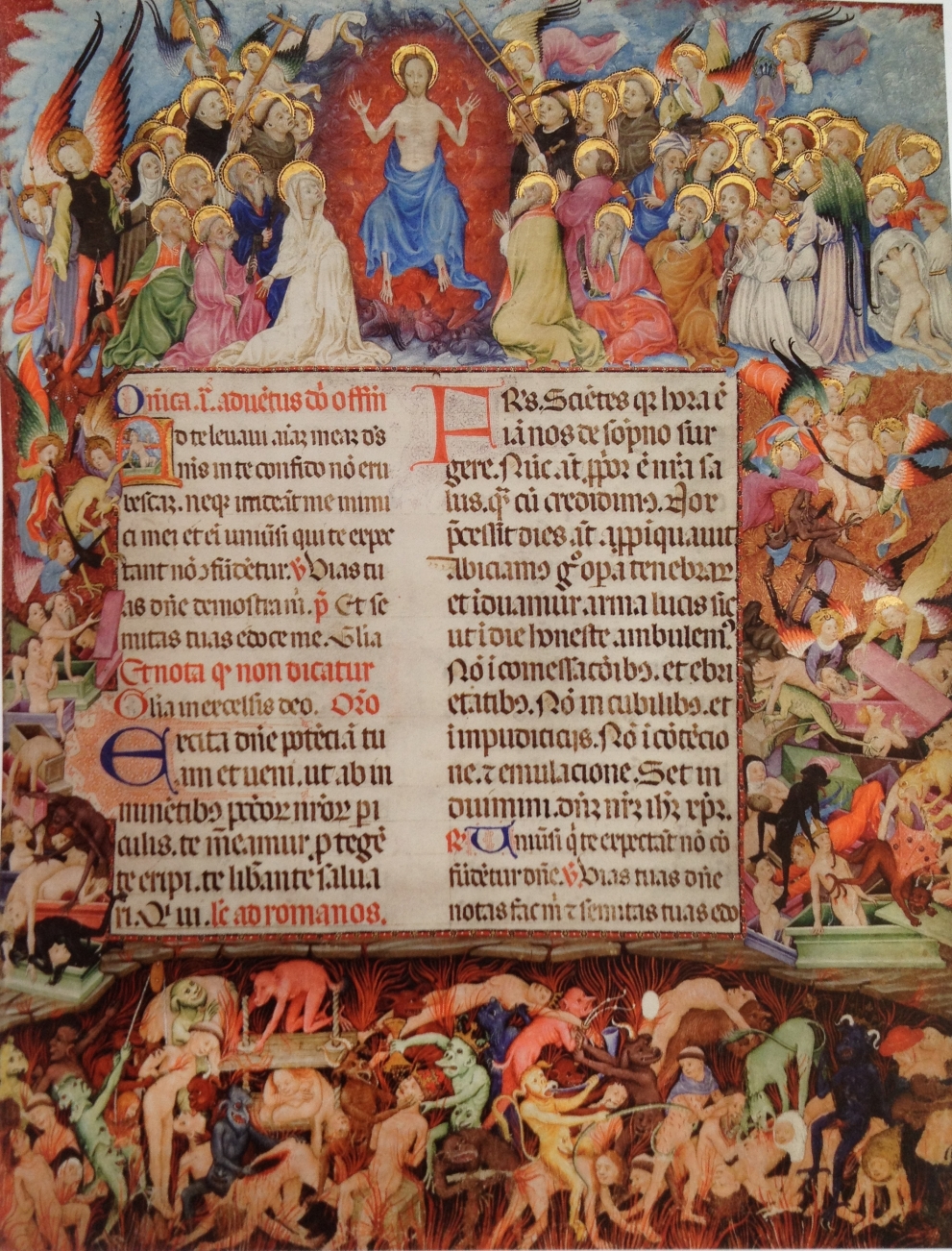 Bishop Robert Barron recently released a Youtube commentary on the question of “Who Can Be Saved”? The problem here is not so much in what is said in this video (although, I’d take issue with what appears to be his assertion that Atheists can be saved by following their conscience, albeit under the auspices of grace), but in what is *not* said. And I think it is worth pointing this out since the modern context of relativism, indifference, and the “meh”-mentality cannot afford to overlook what I am about to say.

Ever since the dawn of the schools which influenced the ecclesiology which came bursting out in the 2nd Vatican Council, we’ve heard the term “fullness” , “participation”, or “imperfect communion”, and words to that effect. These words and phrases added much to the arsenal of the more liberal theologians, as well as the neo-conservatives today who are very optimistic about comparative religion. So much emphasis on the “partaking in” of what is true, good, and beautiful (i.e. God) on whatever scale in the non-Christian religions, no one ever touches upon the “partaking in” of what is *not* true, or good, nor beautiful (i.e. anti-God). Sure, you might be able to pull out a pie-chart and show how one person has 75% of the fullness, another 50%, another 20%, and another 5%, and then focus attention there. But what about the 25%, 50%, 80%, and 95% of soul-killing error? Is this all just “poof” forgivable? Are those evil practices which are not only taught, but strongly promoted in the non-Christian religions (let’s include in here the lifestyle/world-views of Atheism, since the Bishop wanted to include them) just somehow not worth taking the time to speak about? The problem can be illustrated further from the German Catholic theologian, Karl Adam, in his “The Spirit of Catholicism”, which, otherwise is a fantastic book. Adam’s cites from Jesuit Cardinal Juan De Lugo, as summarizing: “God gives light, sufficient for its salvation, to every soul that attains to the use of reason in this life..the various philosophical schools and religious bodies throughout mankind all contain and hand down, amid various degrees of human error and distortion , some truth, some gleams and elements of divine truth…the soul that is in good faith seeks God, His truth and love, concentrates its attention, under the influence of grace, upon the elements of truth, be they many or few, which are offered to it in the sacred books and religious schools and assemblies of the Church, sect, or philosophy in which it has been brought up. It feeds upon these elements, the others are simply passed by; and divine grace, under cover of these elements, feeds and saves this soul” (P. 178). Simply passed by, eh?

Surely, this is quite antithetical to the Christian men of old whose posture was nearly presumptuous that humanity outside of Christ is on the road to damnation, and in desperate need of actual and effective redemption. I think of St. Paul who described the life situation of the Ephesians prior to their conversion to Christ in the following manner: “that at that time you were without Christ, being aliens from the commonwealth of Israel and strangers from the covenants of promise, having no hope and without God in the world. But now in Christ Jesus you who once were far off have been brought near by the blood of Christ” (Eph 2:12-13). Or how about our Lord who, when commissioning St. Paul to preach to the pagans, presumed to describe them in this manner: “I will deliver you from the Jewish people, as well as from the Gentiles, to whom now send you, to open their eyes, in order to turn them from darkness to light, and from the power of Satan to God, that they may receive forgiveness of sins and an inheritance among those who are sanctified by faith in Me.'” (Acts 26:17-18). Would these two statements be said aloud in any contemporary Seminary, I am almost positive (I’d bet money if it were right) that more than half the viewership would say something about the presumptuous character of such words. Without God and without hope before believing the gospel? Living in darkness, blindness, Satanic dominion, and the guilt of sin? That sounds wrongfully presumptuous to the modern ear. Rather, what do the Modernists tell us? Do we not rather hear “Who are we to say whether A or B is in X or Y detriment”? Today, the “great” thinkers are more comfortable on the side of almost complete ignorance, and choose to let God do all the discerning. Thankfully, the Apostles, nor their successors, and nor the greater part of Christian heritage for nearly 1800 years ever thought that such a relegation to ignorance and religious agnosticism was the prudent way to go. And don’t let anyone tell you that liberal Christianity has won more converts than the Old Evangelization.

Lastly, we can dismiss the many comments underneath Bp Barron’s video which rush to say what he is saying is out-in-out heresy or false (again, my reservation being what he said about Atheists), since it is well known that a hundred years before Vatican II, Pope Pius IX had taught quite explicitly that non-Christians can be saved if they labor in invincible ignorance and are animated by perfect charity, following the light and dictate of conscience as best they can (albeit under the auspices of grace). And even hundreds of years prior to Pius IX, the Council of Trent bore Conciliar witness to the theological concept of the “Baptism of Desire” for those who were, by outward confession, Catechumen’s enrolled for baptism on Easter Vigil. Had the old dogma “Extra Ecclesia Nulla Salus” heralded by Pope Eugene IV, or similar statements by Pope Boniface VIII, admitted absolutely no exceptions, then their decrees would have, ipso facto, been manifesto of the condemnation of Catechumens. But we know as far back as St. Ambrose and St. Augustine, there was room for the mercy and salvation of Catechumens who died before reaching the holy font of Baptism, and neither of these two men were weightless theologians. Therefore, on the broad whole, Bp Barron’s comments are technically accurate (note my stated reservation), but given the modern context of religious relativism and ecclesial agnosticism, what he *did not say* is what sticks out to us who are mindful of the Sacred Tradition.  Sure, it is “possible” for non-Christians to be saved no certain rare and exceptional conditions. But is that all that needs to be said? And so it is no wonder why the video might get some negative reactions. It is because his presentation just seems to run up against the teaching and intuition of nearly 2,000 years of Christianity. Something is missing. But we need to accurately put our finger on what the problem is, and not what the problem is not. In other words, we hear from the liberal elites today that 2+2=5, and our response should not be 2+2=3.

I will leave you with this analogy which I once heard from a great thinker, whose name won’t be mentioned, who was taking questions on the radio. A caller had called in and asked “What about non-Christians” (etc,etc). This great thinkers’ response went something like this: Imagine you have a terminal illness in the jungles of the Amazon, and you have 2 options at your disposal. You can choose to be hoisted to a local healing-guru, whose plant-mixtures and meditations have been somewhat known to work (……), or you can be helivac to a close by hospital with professional Doctors who have for some time produced the one medication which is 100% effective to cure you of your terminal illness. Which one do you choose? This is much like the option of Christ versus the non-Christian religions. Now, one might say that for some people, all they have is the healing-guru. That might be so, but that does not mean that all of the sudden the healing-guru runs a professional hospital with statistically proven efficacy in medication. People need the Lord, folks. Let’s begin to talk and act like it.

8 thoughts on “Who Can Be Saved? The Problem with Today’s Answer.”