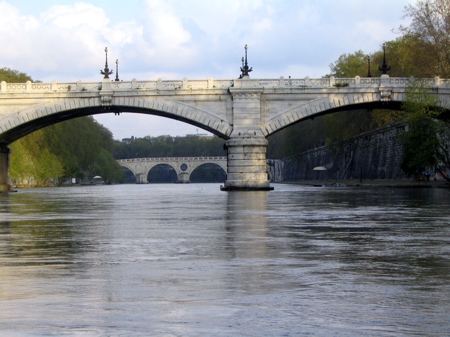 Here goes. As you may know, I am an Orthodox priest, and my question is about how to understand – from a Catholic perspective – the nature of the distinction between Orthodox and Catholic positions on Papal authority and universal jurisdiction. I am generally pro-Catholic, and I find I hear a lot of bad info coming from Orthodox who misunderstand the nature of Catholic claims, and I was wondering if you might give me some good information (corrective of typical Orthodox misunderstandings) so that I can be more securely informed. Any help is most appreciated!

To the first question – This is a hot topic, and one most difficult to answer. Reasons for them are rooted in the variegated perspectives on primacy that are cooking within Orthodoxy today. In the last 30 years, the Orthodox have discovered a great deal of pro-Primacy traditions in even the post-Schism Byzantine theologians of the 13th/14th centuries. Prior to that, a tendency towards a  monolithic rejection of authoritative primacy, except for the honorific ordering of Patriarchs (see the Encyclical of the Eastern Patriarchs to Pope Pius IX, 1848). Since the 1970s, however, work has been done by the scholarship of those scholars eventually associated (in concept) with Fr John Meyendorff, and some significant advances have been made by the Ecumenical Dialogue, especially under MetrPol of Pergamon, John Zizoulas and MetrPol Kallistos Ware. The latest advance was made at Chieti , Italy (following Ravenna) where both Orthodox and Catholic delegates met and were able to find some points of further agreement, though the Catholic delegation made no intention to overturn the Vatican I dogma, since it was not in their competency to do so anyhow. There remains a varied understanding of primacy in Orthodoxy, as is proven by the opposing camps surrounding the recent “Pan”-Orthodox synod in Crete. Anyhow, the issue of primacy boils down to this simple fact. When Christ created the Church in the holy Apostles, did he create that Church with an internal position of distinctive and discriminate primacy, and was it assigned to a single Apostle in contradistinction to the others; and more particularly, was this St. Peter? Further, is this granted primacy a matter based on moral performance? Is it based off character, knowledge, beauty, etc,etc? Or is it a matter of *office*, irrespective of the accidental features of the person. (One might find a suitable analogy in saying that the United States Presidency is an office, not a person, though its office is filled by persons ). Further, was this position an honorific influence for the Apostolic college, or was it rather a position of authority, able to coerce submission in the rare occasion of fragmentation and dispute. Further, is this office something which dies with Peter, or does it outlive him into the post-Apostolic church which expanded and continued to expand; if so, does its continual existence have an nontransferable address, or is it trans-locative (able to go from here to there). Does the office get succeeded to by a purely lineal succession, or it is broad enough to encompass plurality. (i.e. all bishops are successors of Peter). And lastly, were there any promises, via Christ,  testified by the Apostles and/or Church fathers, which made it impossible for this office , as it is internal to the Church’s hierarchical constitution, to be destroyed. I think that depending on how you answer these questions, and based on where you get your answers, will determine whether you fall, intellectually, in the camp of Orthodoxy/Anglicanism or the world Catholicism. I say Anglican because there is a very similar acceptance of a sort of equal episcopalianism in both ecclesiologies, at base.

A further note on the issue of “internal” constitution. When Christ created the Church, was the Papal office *internal* or *external*. Meaning, was it an adornment that was placed onto the Apostles, or was it something *intrinsic* to their order. If it is external, than you can subtract it and the Apostolic Church continues to go in full form. But if it is *intrinsic*, than you really can’t do away with it and still have a fully formed Apostolic Church.
An example of *intrinsic* constitution would be that of the office of Bishop. The Orthodox themselves, as well as Catholics, would accept that the office of bishop is indestructible per the promise of Christ (Matt 28:18). The Church, in order for her to exist in her Apostolicity, must retain the ability to vitalize the ordained ministry, as well as replenish it continually until the parousia of Christ. The Catholics would affirm the same about the Papal office. And just as there can be some external failure or deterioration of human persons who occupy the office of Bishop, the Catholic Church would affirm the same natural potential for that of the personal Pope. Though, no matter how far this failure goes, the office still remains an internal mark to the Church, and would have to be replenished one way or the other.
The ecclesiology of the Vatican Councils (1/2) hold that the Papal office is just one internal element of the divine ekklesia, whereas the general episcopate is of the same internalization. The latter is just as necessary, therefore, as the former. The Pope, therefore, can’t undo the divine constitution of the episcopate, and it is true to say that each Pope that enters into office has to simply *deal* with that fact. He does not enter the Papal office with free and absolute rights to undo the Church’s necessary and internal magisterial organism. Thus, the office of Bishop in all churches throughout the world have the same divine vocation as the Pope, only with slightly less prerogative. Question, then – Is the jurisdiction of the Pope over the world the same as the jurisdiction of the Bishop in his diocese, thereby making the world the diocese of the Pope? The Pope does possess immediate, direct, and universal jurisdiction over all Christians. “Direct and immediate” means that there is no intermediary authority which blocks the authority of the Pope. For example, when the Pope’s after Chalcedon re-affirmed the 2-natures doctrine of Leo’s Tome in the face of the Eastern Monophysite movement, there were lay persons in Constantinople and other Eastern regions which appealed to the Pope for an authoritative assistance. These lay persons in the East could be said to be bound by the Pope’s authority , even though their Monophysite patriarchs and bishops were thumbing their nose at the Pope. The bishop of a particular diocese, like, for example, the Bishop of Corinth, has direct/immediate and full jurisdiction over the Church of the Corinthians. Though, the Bishop isn’t ordained to possess this authority in his diocese as a replica of the Pope, or like a vicar of the Pope. Rather, the bishop obtains this authority directly from Christ through the Apostolic succession which is given to him in the sacrament of holy orders. So the Papal jurisdiction and the *practice* of episcopal jurisdiction do not have the same source, per se. The Pope has his authority (which itself include episcopal authority in both Rome and elsewhere), and the Bishop has his authority. An Eastern Patriarch , as was the case in the 1st millennium, should be free to administer to his own Patriarchate, without direct interference from the Pope. Although, in the matter of appeal, when the Pope is called to heal fragmentation, there requires that very universal authority to make a coercive decision for the problem that he is called for. In other words, one cannot be called to judge on a matter when he is not authorized to do so. It would be like a shepherd who is responsible to tend the sheep, but he doesn’t have the requisite authority to do so, since the sheep can block his leadership. This would be the case if the extremity of the Pope’s authority were indirect and mediate.
Regarding your question about Patriarchal right s- What protects the practical autonomy of Patriarchates are that they are of ancient institution, though these rights are not of divine institution. Also, the principle of charity and brotherly love would dictate that it’d be a sin for the Pope to unnecessarily interfere with the affairs in the Patriarchates. Unless, of course, as in the West, the Latin Patriarchate was mutually agreed to have Patriarchal rights over the respective regions.